As we were putting on our Borodino display game and ended up chatting to so many people I didn't get a long time to get round the show, especially with my injured back but I still managed to get a few shots of the games that impressed me.  Sorry to anyone who put on a game and I haven't taken any pics it's probably just that my back had become so sore I needed to sit down. 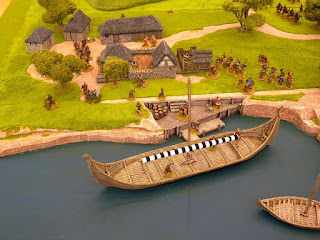 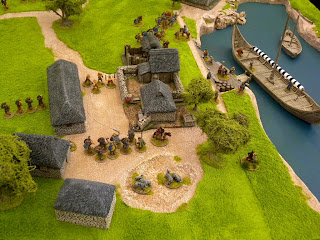 These two great pics are by our mate Kevin Calder who is part of the
League of Gentlemen Wargamers but puts on games as the Iron Brigade. 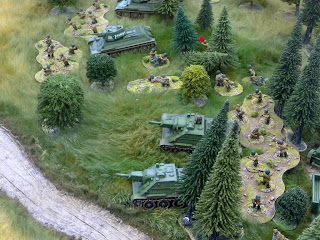 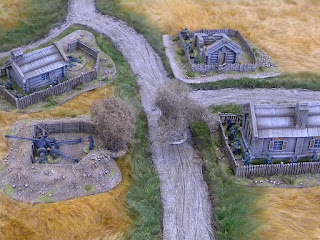 I don't know which club put on this great 28mm WW2 game but it is fantastic use of teddy bear fur. 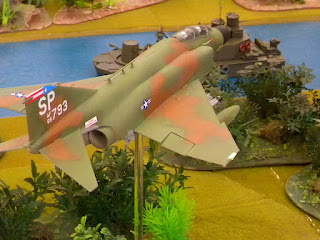 This is just one shot of a great looking 28mm Vietnam game. 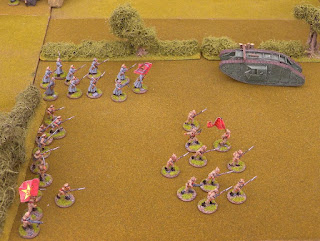 This was the only shot I managed to get of this interesting Russian Civil War game
which was set in Latvia or Lithuania.  Everytime I went to get a shot there were too many
people hanging about, this was the trouble with a number of the displays. 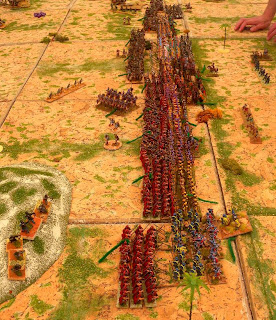 This was a huge game of Platea between Greeks and Persians. 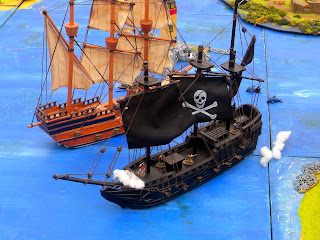 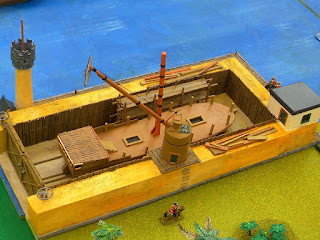 These two pics are of the game that won the best display.
It's a 15mm pirate game and was just packed full of interesting little scenes
like the ship in the dry dock above. 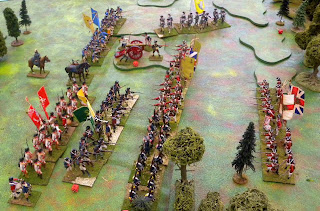 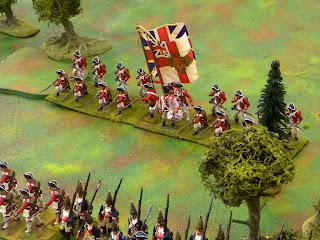 These two shots are of a 54mm AWI game set at Brandywine.

You can find a lot more pics on my mate Bill Gilchrists site.
http://blenheimtoberlin.blogspot.co.uk/
or on the Wappinshaw site.
http://wappinshaw.blogspot.co.uk/
I'm sure there are lots of other sites out there that will have other pics.
Posted by General Buggeration at 00:01