Most WW2 wargamers have heard of the French involvement in the war but this is usually related to the 1940 campaign where they suffered a heavy defeat from the Germans in a six weeks campaign despite some very strong performances.  Unfortunately most of them have not heard of the French army of the 1944-45 period where they put in a fine performance to attempt to wipe out the stain on their honour from the early war and they make an interesting change to wargames armies that normally consist of British and Commonwealth forces or Americans.  These 28mm figures are from BattleFront Miniatures produced and sold by Stronghold Miniatures but have some minor converstions of head swaps to add Adrian helmets, berets, kepis and French scarves to make them more French.  The Sherman tanks and half tracks are from Corgi.  Sorry for the poor quality of the photos I'll try and take some later when I take some shots of my early war 20mm army. 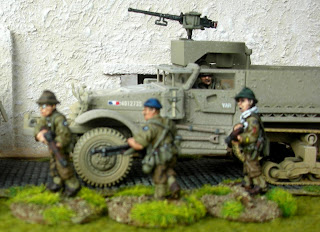 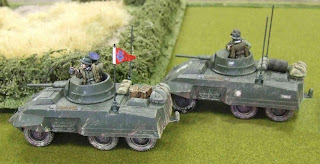 These Greyhound armoured cars are from Solido
with modified crews from a number of manufacturers. 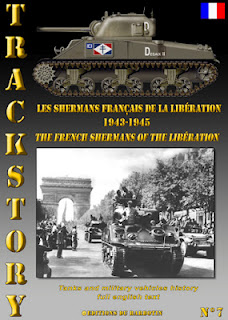 The later French army is difficult to find information about but this is one book that I can recommend.  What I like about the French is the amount of insignia and marking as well as personal flags that they carried on into the early war. 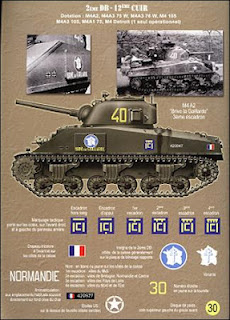 Posted by General Buggeration at 12:42 No comments:

My mates Aly Morrison and Dave Andrews of Great War Miniatures have just announced the release of these little beauties which will no doubt be making an appearance in some games on this site at sometime in the future.

The only thing that's stopping me from running out and buying some is the unpainted lead pile that is blocking the door.
Posted by General Buggeration at 16:20 1 comment:

Finally for the French here is a command vignette that I finished for our Alma game last year and has never been photographed. 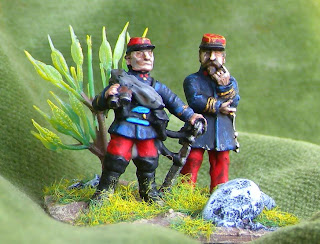 Here are the Turks making sure the French don't get it all wrong. 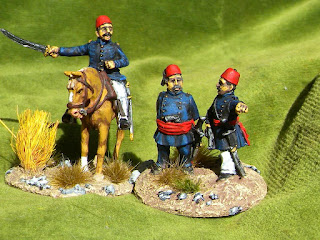 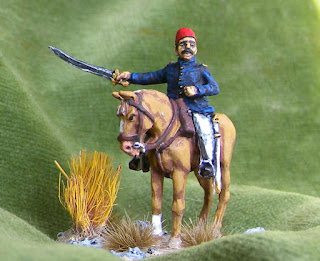 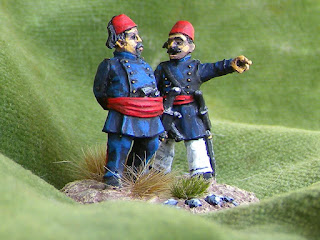 The chap on the left looks very like one of our LOGW group.

What I like so much about the French is the multiple use you can get out of them as long as you're not a member of the Fashion Police or the Button Brigade.
My French will happily be shooting Russians in the Crimea, bayonetting Austrians in Italy in 1859 and surrendering to the Prussians during the Franco Prussian War.  As if that wasn't enough, the Zouaves and some line troops could also be used in the American Civil War and the artillery and Chasseurs can double up as Piedmontese and Papal troops for fighting with and against Garibaldi.  I was even thinking of painting up some machine guns and using them for the very early WW1 battles, or perhaps that's a war too many?

Posted by General Buggeration at 17:00 4 comments:

Over the Christmas period I managed to get some painting and basing done to combine my figures with Aly Morrison's and some of Jack Glanville's troops that I've added to my collection. 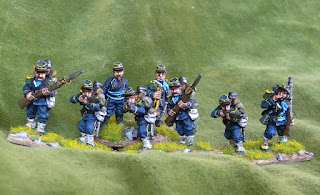 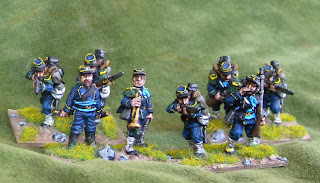 The Chasseurs are all my painting 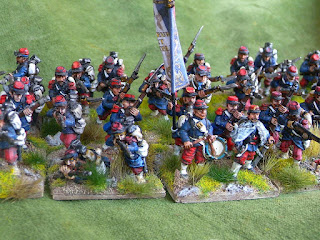 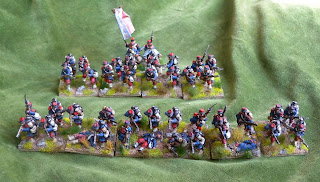 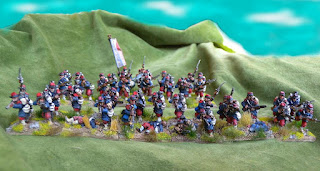 The last two pics show a battalion in reinforced line.

Posted by General Buggeration at 16:49 No comments:

As promised I've finally managed to get around to getting the camera off my wife but unfortunately I've never really learnt how to use it properly so my pics are no where as good as Barry's.
First up are some shots of the artillery battery I had just finished basing. 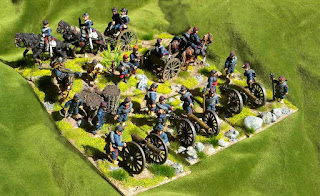 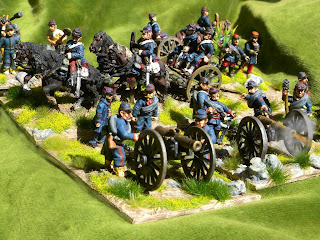 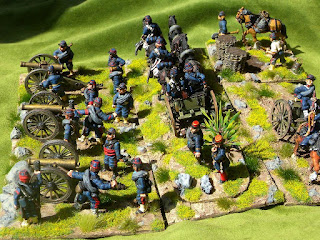 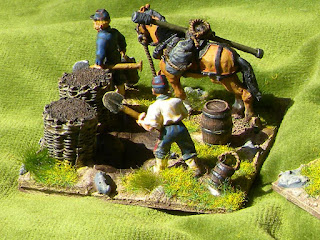 Some sappers building defences for the guns 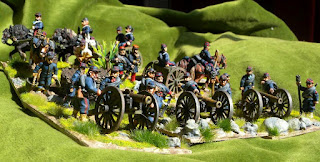 I've already started the second battery but it will be a while before it's finished.

Posted by General Buggeration at 16:40 No comments:

I've not managed to get a game since the Necromunda game but I have been busy wargames wise by finishing off my French artillery battery, started painting some Mirleton Bersegliere and written two scenarios, Oltenitza and Cetate for inclusion into the forthcoming Crimean supplement, Four Empires.  I've a couple of days off work so hope to get started on the scenarios for Eupatoria and the Ingour river.  Some of you Crimean fans might notice a slight Turkish biase to my scenarios.

Just need to get the camera off my wife and I will try and post a few pics of the recent painting.
Posted by General Buggeration at 19:29 No comments: