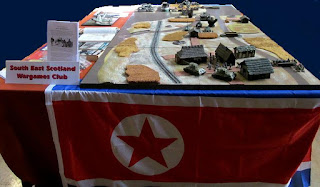 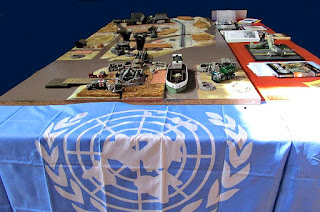 I managed to have a few games last month but unfortunately I had no camera so the latest post is our display game Korea 1950's which we put on at the Partizan show on the 2nd on behalf of the
South East Scotland Wargames Club.
The above photos show the table from the Korean and UN ends. 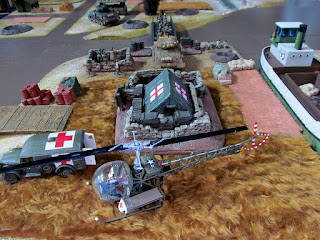 This is the MASH unit at the far end of the UN table which is where all the UN forces are heading across the bridge at the top of the photo. 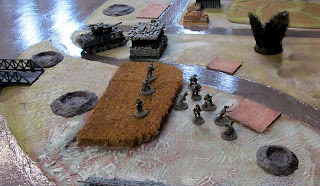 This is the far end of the bridge with defenders under fire. 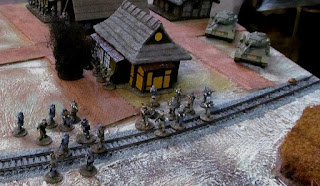 North Korean infantry advance from the village as armour support advances in the rear. 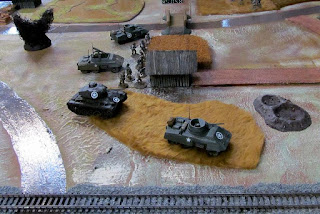 American recce units advance to check out the enemy. 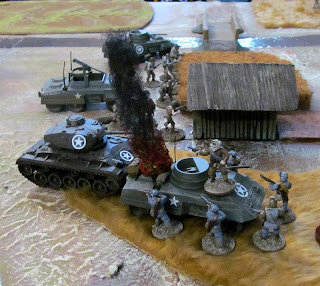 Sadly for the Americans they allow the NK troops to get too close and are close assaulted by swarming infantry. 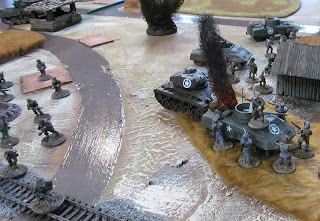 American troops counter attack but its too late for the unsupported armour which is destroyed. 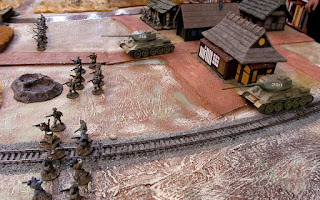 The North Korean counter attack gets under way but unfortunately we were too busy chatting to people at the show that we never got a chance to finish the game, but such an unusual subject generated a huge amount of interest.
All the troops and terrain are from the collection of my friend Colin Jack and Bill Gilchrist also took part in the game.  We used Bolt Action rules for the game which worked really well and were quick and easy to pick up, so much so that we decided to adapt them for a weekend of Vietnam gaming at the weekend, a report of which I'll post later.

Posted by General Buggeration at 20:55