We had another game at Colins the other week and refought the amended version of our Manchuria game. Bill Gilchrist and Mr Ray commanded the Russian force while Colin Jack and myself commanded the Japanese. We gave the Russians an extra tank and another rifle squad and reduced the size of the table from an 8x4 to a 6x4 but it meant the Japanese were allowed to deploy up to 5' onto the table. 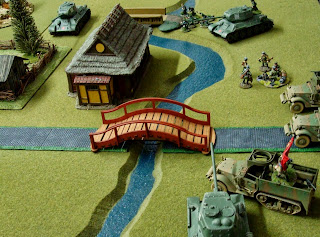 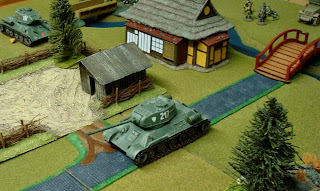 The first two tanks run into the snipers
Colin as overall Japanese commander deployed the two sniper teams as far forward as possible backed by the Manchuko Militia hidden in woods on the left flank while the rest of the forces and deployed in ambush positions in the main defence line. 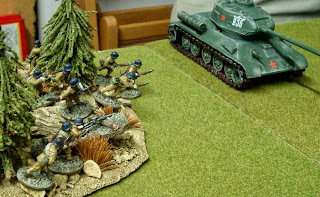 Manchuko Militia about to assault the Russian tank
The Russians seemed to get the run of the order dice and quickly managed to take out the active Japanese defenders before the remaining troops in ambush could act.. The Manchuko Militia were quickly wiped out before they could even launch their assault. 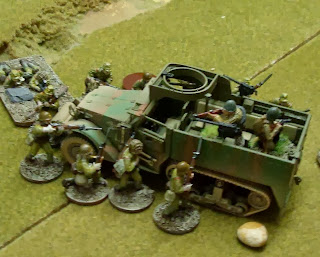 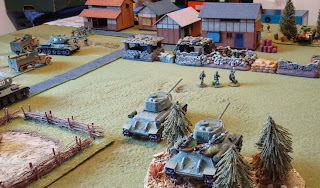 The final Russian assault
The game worked out really well, except for the result and I think the changes we made will make for a more enjoyable game.
Posted by General Buggeration at 17:25