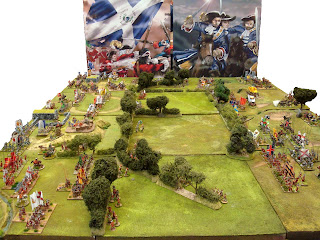 Above is a general view of the display game that myself, Barry Hilton, Bob Talbot and Gerry Donohoe put on at Claymore the annual show of the South East Scotland Wargames Club in Edinburgh on Saturday 3rd August. This was the central section of the battle of Aughrim fought in 1691 between the Williamite army led by General Ginkel and the Jacobit army led by General St. Ruth while both kings William III and James II/VII had left Ireland by this point in the war. 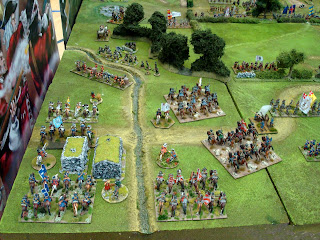 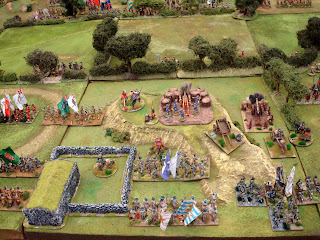 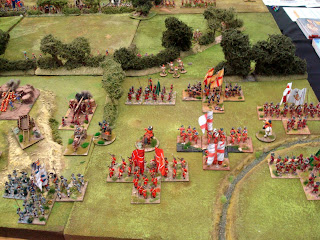 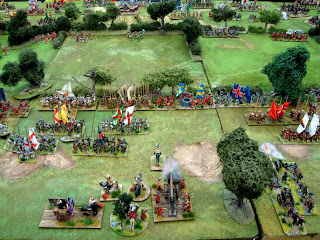 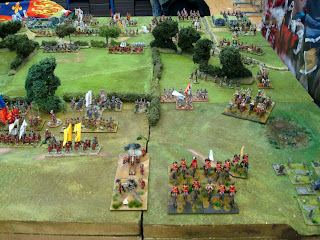 Jacobite right flank
The day was a great success and the game generated a huge amount of interest and it was good to meet so many people especially the nice guys from the Wild Geese Wargames Club from Dublin.
The figures are from all four of us and are from Barry's wonderful Warfare Miniatures range http://www.leagueofaugsburg.com/shop/ terrain from Barry and myself.
You can find more photos of the show on my mate Jim Duncan's blog
http://jim-duncan.blogspot.co.uk/2013/08/my-day-at-claymore-2013.html﻿
Posted by General Buggeration at 17:45